I don't have much to say about this shoot, I planned it out, designed a new prosthetic and everything worked pretty much exactly as I'd planned.

Red is always tricky, but I do like how it turns out. 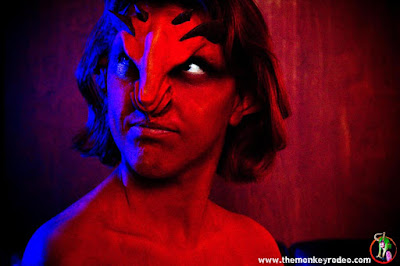 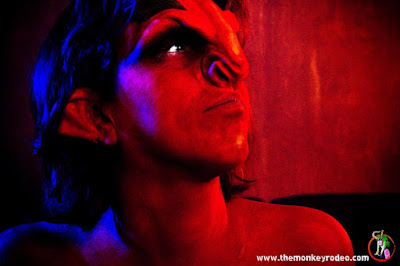 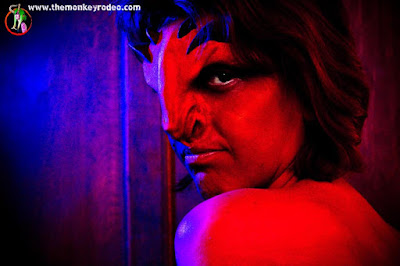 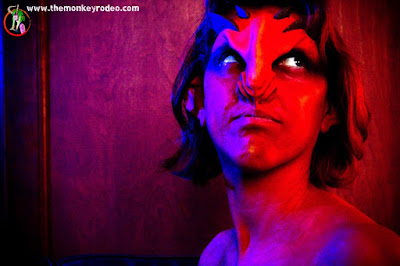 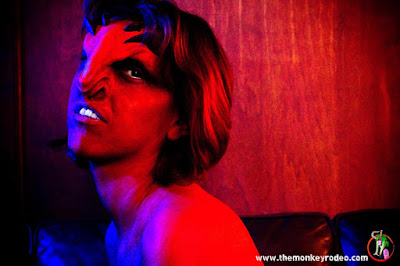 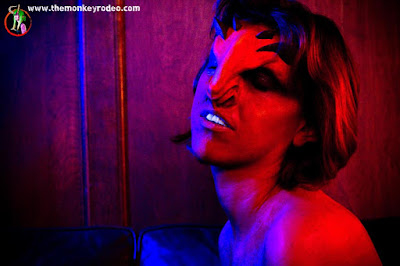 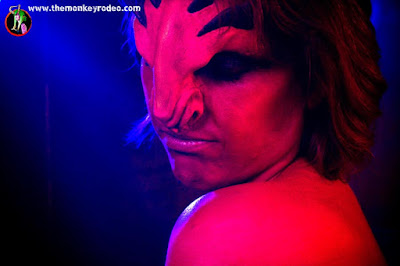 Posted by The Monkey Rodeo at 3:30 PM No comments: Links to this post

Technically not Demons, but Devils this time around - there's a huge difference, trust me, at least as far as I'm concerned. I wanted to try one a little different and throw two head in there, just to see how it would work.I'm really happy with the results.

I went with some complimentary colours, neither one that I've used too often - I think it worked pretty well. I had help this time around doing the body paint, just so we wouldn't all be sitting around all day doing makeup. 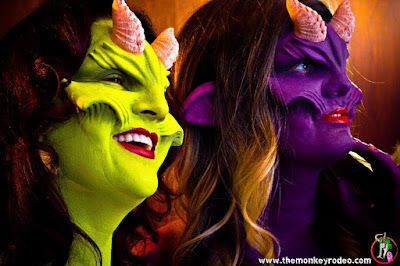 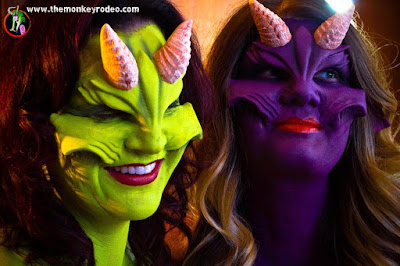 Every once in awhile I like to point out that I don't claim to be a professional photographer or professional makeup artist - nor do I really care to be either - I do this for fun, it's a hobby. I approach doing makeup sometimes in a way that's simple. I like bright, dramatic looks, sometimes a little cartoonish too. I have nothing against doing realistic makeup, I sometimes will try it, but for the most part I find this style to be a little more visually interesting. 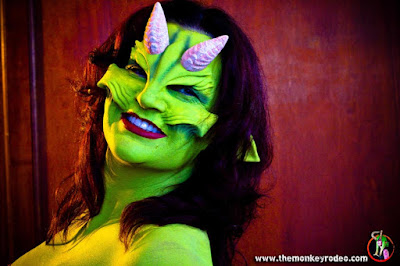 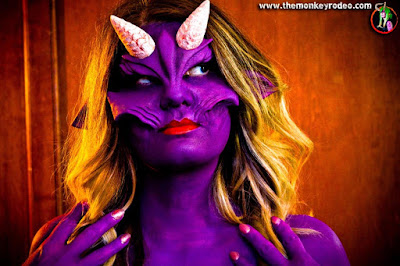 Also, I like sometimes doing makeup that's just as simple for a total novice to pull off. There's no special techniques or anything with this shoot, other than a little airbrushing around the eyes, it's just a single, flat coat of one colour of body paint - there's no grease makeup involved, the prosthetics aren't sealed, nothing like that. I just prepainted the prosthetics with the same body paints the models were done up with, glued the prosthetics on, then body painted the rest of them, the edges aren't sealed with some special process. It's as simple, quick and dirty of a makeup job as you can get. 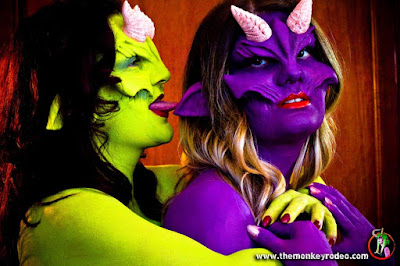 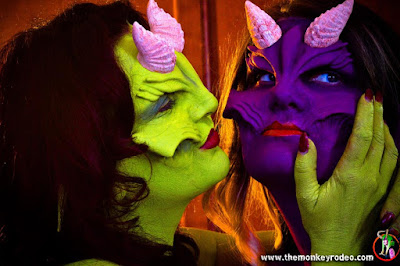 I also don't care for doing shoots with 2 people, for so many reasons. Mainly, I like doing things simple - if you hadn't guessed. Just a model, some makeup and a camera is perfect, I know all the angles I need to cover to make it work. Throw in a second model, some actual lighting, and you've just added a whole new pile of things that can go wrong.

With a single model, there's about 5 things I need to keep an eye on, with two models that doubles and adds a few more thing. The worst element is focus combined with depth of field. I like a narrow depth of field, with two people it's a pain in the ass unless you're willing to keep one person out of focus. 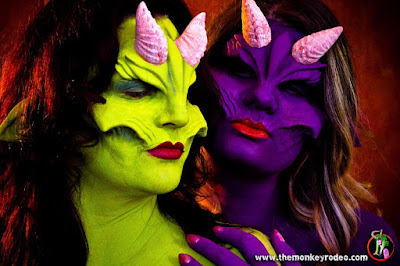 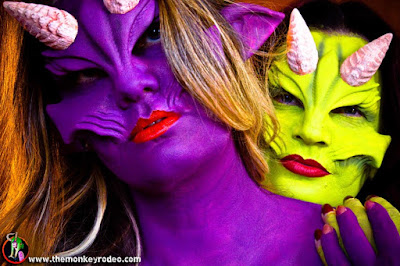 With all that in mind, I tried it anyway, using two models I knew could pull this off without any effort, and the results were almost exactly what I was hoping for. 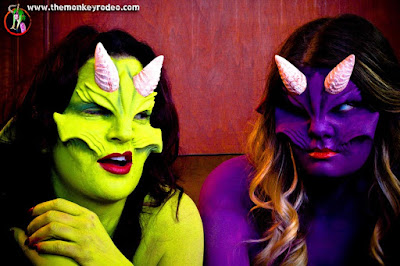 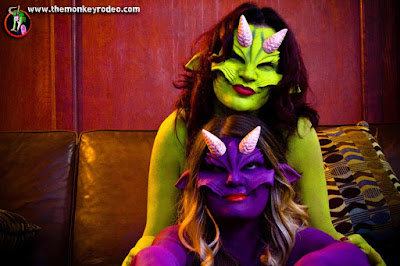 Posted by The Monkey Rodeo at 10:40 AM No comments: Links to this post