I had this shoot planned for some time now and work just kept getting in the way, I just couldn't make the time to get everything done. The original idea was to take a CG character, a Demon by the name of Pyre, I'd made for a movie years ago (the movie never was finished) and turn it into a makeup. I made some major adjustments and went from there. 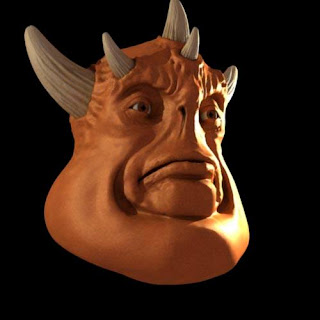 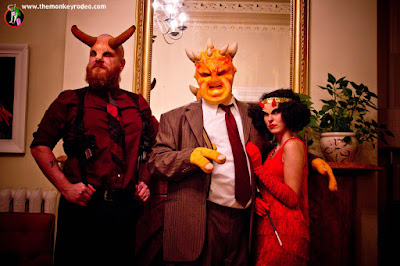 So alongside Pyre I created a couple other characters, I just felt a solo shoot wouldn't be as interesting. So we gave him a Russian sidekick, Konstantine and a good old school gangster moll, Emmaline. 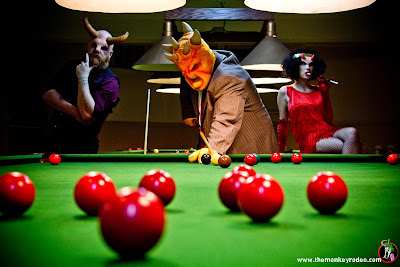 It was a massive effort to get this all done in time. I had a busier than usual season this year and it was still not done. The only pieces pre-made were the giant horns and the Horned Brow piece, which is a stock piece I sell so it was no issues. I sculpted, moulded and cast everything in the span of about 2 1/2 weeks I think - all while doing a lot of other work. 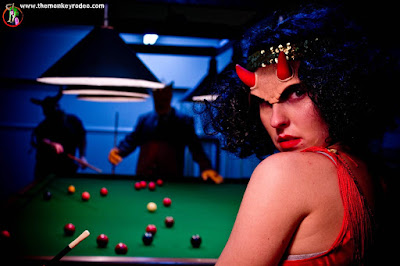 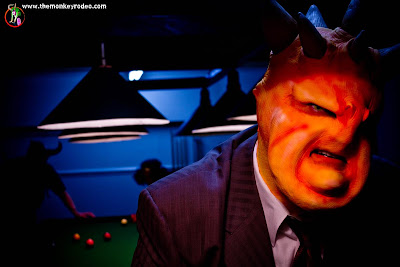 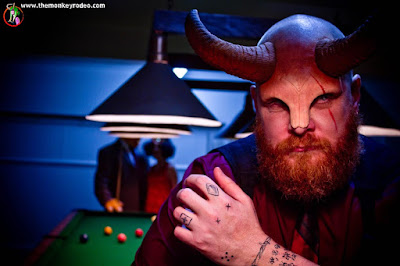 Fortunately, it all came together pretty well. I was most worried about the cowl for Pyre, it was a traditional cowl in that it covered everything down to the shoulders, just an open face, so it was a full neck. It slipped on and fit perfectly though. The face was a bit of a challenge, but I think after a few photoshop touchups it turned out really well. 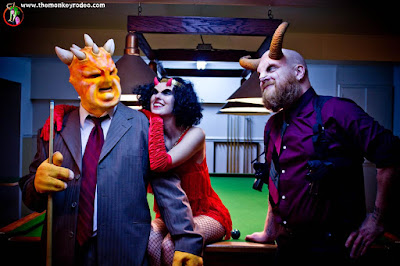 And then I had to tackle the issue of bad lighting with a group of three models, it was a real annoying challenge and in the end we opted for solo shots with the other two in the background. We got a couple good group shots, but the solo ones came out much better. 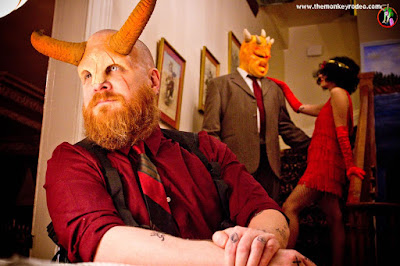 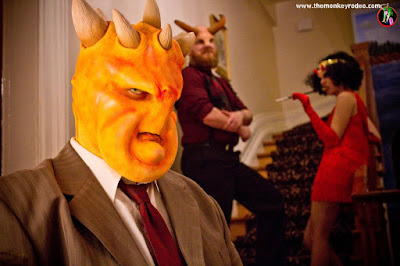 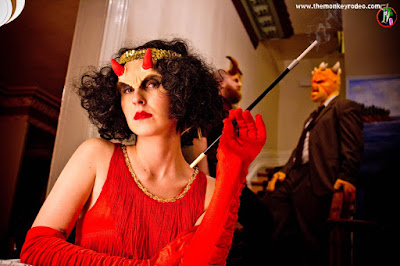 One of the trickier elements was getting the lighting so Pyre's eyes were clearly visible. The 2nd was handpainting all the tattoos on Konstantine, I wish I'd managed to get more clear shots of them, but there was just so much that needed to be done to get the shots, that I just had to take what I got. 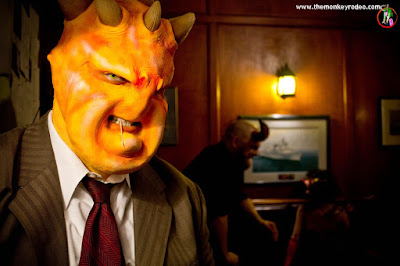 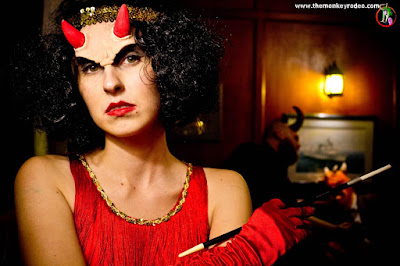 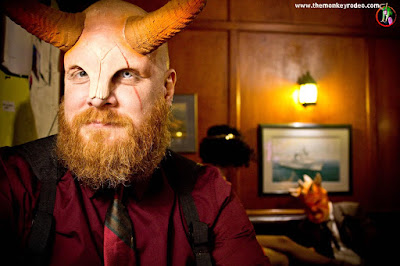 In the end we didn't get a huge pile of pictures, but what I did get I'm really happy with. the makeups/costumes all looked great and we did get a few really awesome shots. It was a lot of work and in the end I literally felt like I'd been hit by a bus, my back was messed up and I was exhausted (I'd already done two other makeups that same day), but I still feel it was all totally worth it. 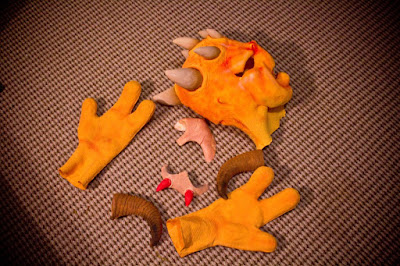 And here's a pile of all the prosthetics we used. The cowl and face on Pyre were two pieces, they just came off together. The gloves were just mask latex that I stuff with winter gloves with cotton in the fingertips to keep them from collapsing.
Posted by The Monkey Rodeo at 8:18 AM No comments: Links to this post